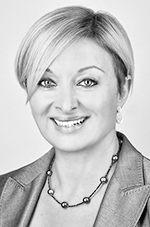 BEPS or What is waiting for us

As we informed you in our News no. 2/2016, the Organisation for Economic Co-operation and Development (OECD) issued the final package of reports concerning the Action Plan on Base Erosion and Profit Shifting (BEPS) in 2015. In 2016 the legislative process was underway to implement BEPS into EU legislation: please find below some information on some selected partial results of this process and their effects on the obligations of taxable entities in the Czech Republic.

Both the European Union and the Czech Republic have made very great progress as regards Measure no. 13 of BEPS, which governs the mandatory automatic exchange of information in the field of taxation. European Council Directive (EU) 2016/881 should be adopted into law by 5 June 2017 and by the end of 2016 the Czech Government had approved the respective law by which the obligations set out in the above Directive should be incorporated into Czech statute.

Country-by-country reporting (CbCR – according to the bill, “zpráva podle zemí” in Czech) will apply to those groups of companies whose group consolidated revenue for the previous accounting period exceeds EUR 750 million. The first period for which CbCR shall be submitted is the year 2016. If a group of companies exceeded the above turnover limit in 2015, it will be obliged to repare CbCR for the year 2016 and submit it to the tax administration in 2017.

All entities belonging to a group of companies subject to the obligation to submit CbCR will take part in reporting. As part of CbCR, a “group reporting entity” must be identified. This entity will submit summary financial data concerning both the entire group and the individual entities to the tax administration in the country of its registered office. The remaining entities shall inform their tax administrations on the group reporting entity.

According to the planned schedule, the Act should come into effect on 1 July 2017. The deadline for submitting the report would then be by 30 September 2017. The Ministry of Finance shall prepare the report form in the course of the year.

The new Directive contains unclear and problematic definitions. To give an example: according to the Directive, interest subject to the 30% EBITDA test should also include interests capitalized in the entry price of the assets or certain exchange differences (without further specification). Such a definition causes a lack of clarity and possible implementation difficulties that, hopefully, will be eliminated in time.

The Directive should be implemented into EU Member States’ laws by the end of 2018. In order to harmonize Czech law, the Income Tax Act should be amended. The Ministry of Finance should publish the draft amendment during 2017.