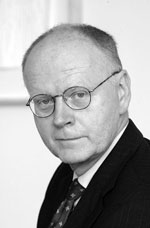 Take care not to commit an offence!

Two new laws governing administrative criminal law were included in the Collection of Laws in 2016:

The existing Offence Act No. 200/1990 Coll. ceases to be in force and is to be replaced by these two new laws with effect from 1 July 2017. What has, in fact, caused this change and what will this change bring about?

Would an amendment not be sufficient?

The reason for adopting a new regulation in place of the Offence Act was, in particular, the fragmentation of the regulation of administrative criminal law into over a hundred legal provisions. The new regulation aims to unify most of the legal regulations into just two comprehensive Acts.

ZOdpP constitutes a general standard containing basic definitions and principles applicable to offence proceedings. ZNP shall include a list of certain offences that are not dealt with otherwise in special legislation.

The new legislation better represents the intention of the legislators in formulating the criminal law regulations. The changes will affect individuals and both corporate and non-corporate entrepreneurs.

In order to simplify and unify the terminology, the new legislation uses only the term “offences”. Thus, the institute of “another administrative delict” has disappeared from the legislation.

The limitation period may be interrupted for specified reasons but the law states that liability for an offence expires no later than 3 years or 5 years after the committing of the offence.

According to the new regulation, anyone arranging, inducing or assisting an offender will be punished similarly to the offenders themselves.

What penalties do we face?

In selected cases, protective measures may be imposed after certain conditions are met. These include

Confiscation of an item of equal value will, for example, apply if a certain item was to be confiscated but the owner destroyed it before confiscation.

Will it make deeper inroads into our savings?

Certainly nobody will be pleased that the new legislation will considerably increase fines. If some of the aggravating factors speak against the offender, the administrative authority may increase the fine by up to one half of the upper limit of the heaviest fine the offender faces for the committed offences. At the same time, this amount may not exceed the sum of the upper limits of the fines for the individual offences committed.

It might appear that individuals in particular face prosecution for offences. However, do not be misled: even legal entities may find themselves exposed to risk. Corporate and non-corporate entrepreneurs will face higher penalties if they do business in high-risk fields in which the coincidence of several offences is more likely, such as offences pertaining to unfair competition, data protection, public health and animal health regulations.

The unified legislation will certainly enhance legal clarity for all individuals and entities. However, the introduction of aggravating factors and the increases in fines do not bode well. We may only wish that individuals and legal entities remain below the administrative authorities’ radar – and where they do attract notice, they deal with the situation immediately and make use of all legitimate means to minimize the risk of an administrative penalty.