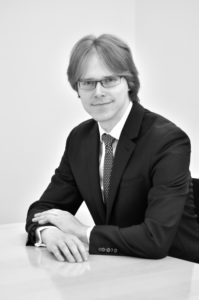 In order to support employers during the ongoing coronavirus crisis, the government has decided to continue with financial support in form of an Antivirus Program, or rather some of its modalities for the time being until the end of 2020. There are also some changes associated with the extension of the period of support which we would like to briefly introduce to you.

On 14 October, 2020, the government of the Czech Republic approved an extension of the Antivirus A Regime until 31 December, 2020, wherein employers can receive assistance for expenses incurred in October, November and December 2020. The assistance is provided for the compensation of wages paid to employees due to quarantine orders according to §192 of the Labor Code, or more precisely here, lockdowns and social isolation. The amount of the assistance within the Antivirus A Regime is unchanged and remains at 80% of wage compensation (and the corresponding amount of social contributions) and is limited to a maximum of CZK 39,000 per employee per month.

The Antivirus A Regime may also be used by employers whose employees are unable to perform work due to the closure of the employer’s business or of its significant restriction, if said closure or restriction has occurred directly as a result of measures taken by the competent authorities. In such an event, however, the employer can take advantage of meeting the conditions of the new increased contribution within the Antivirus Plus Regime.

This newly introduced regime applies only to employers whose operations have been forcibly closed down or significantly restricted as a result of government measures during the crisis or emergency measures by the Ministry of Health or public health authorities.

The Ministry of Labor and Social Affairs has so far published the following parameters of the Antivirus Plus Regime:

On 26 October, 2020, the government also extended the Antivirus B Regime until 31 December, 2020, under the same conditions as before. The amount of support remains at 60% of wage compensation (and the corresponding amount of social contributions), a maximum of CZK 29,000 per employee per month. The allowance applies to compensation of wages paid due to obstacles to work on the part of the employer pursuant to Sections 207 to 209 of the Labor Code.

Following the above mentioned changes, the Manual for Employers concerning the Antivirus Program and its regimes A and B will be updated in the near future. We therefore recommend monitoring the website of the Ministry of Labor and Social Affairs (https://www.mpsv.cz/web/cz/antivirus).

There is also a so-called “Scheme C”, which consisted of a waiver of social security contributions and applied to companies with up to 50 employees, covered the period of June, July and August 2020. It has not yet been decided about the reintroduction of this regime.

If necessary, we are ready to provide you our support as regards the Antivirus programme.