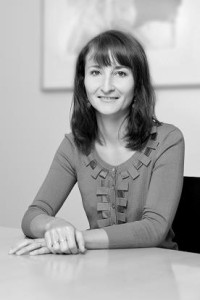 The United Kingdom of Great Britain and Northern Ireland (hereinafter “United Kingdom”) exited the European Union on 31 January 2020, based on an agreement on withdrawal. However, until the end of 2020 there was a transition period in place, in which the United Kingdom was still viewed as an EU Member State in terms of taxes. This has changed as of 1 January of this year. The United Kingdom is no longer a member of the unified market or EU customs unions, and all of the EU’s international agreements have also ceased to apply to it.

How has the approach changed in terms of corporate income tax and value added tax?

On 1 January 2021, the United Kingdom definitively became a “third country’ in terms of income tax, and during the taxation of incomes with an international element, the procedure now complies with national regulations and the Agreement on restriction of double taxation concluded between the Czech Republic and the United Kingdom.

Czech tax residence who pay license fees, interest on loans or shares in profit to a parent company based in the United Kingdom can no longer apply exemption of these payments from income tax pursuant to the European directive on parent and subsidiary companies.

Potential taxation and its value shall be governed exclusively by the aforementioned bilateral agreement on restriction of double taxation, which means that the tax will range between 0 to 15% depending on the type of payment and fulfilment of other conditions.

It is necessary to proceed in compliance with local legislation and the aforementioned bilateral agreement also when transferring ownership interests in companies or cross-border mergers, to which a United Kingdom resident is a party.

During payments by a Czech resident to a United Kingdom resident, which constitute incomes from sources in the Czech Republic and from which tax is not collected by deduction pursuant to a special tax rate, the Czech resident is newly obliged to secure the tax.

In terms of VAT application, the United Kingdom has become a “third country” as of 1 January 2021. This means that similar principles to those applied e.g. to the USA, China or Russia will apply when trading with this country.

The only exception applies to transactions with goods between the Czech Republic or another EU Member State and Northern Ireland, where the same rules as EU Member States shall continue to apply for minimally four years after the end of the transition period.

Transactions with goods, or the movement of goods between CZ and the United Kingdom shall newly be subject to the rules of VAT application during the import and export of goods. The principles valid for delivery of goods between EU Member States shall no longer apply, meaning it will not be possible to use three-way transactions, relocation of gods or special regimes for forwarding goods.

There is no exception for Northern Ireland as concerns services. Where we usually proceed according to the basic rules set forth in Section 9(2) of the Act on VAT, where the place of fulfilment during service provision is the service recipient’s registered office, there is a fundamental change in taxation particularly of the Czech entity obliged to pay tax, which provides such service to a party obliged to pay tax that is based in the United Kingdom. The place of fulfilment is located outside of CZ and it is necessary to henceforth proceed according to legal regulations valid in the United Kingdom.

Form 1 January 2021, the institute of tax refunds to foreign entities obliged to pay tax shall apply for tax refunds, i.e. Section 83 of the VAT Act. This is a different regime and different procedure that VAT refunds within the EU. An exception applies again to Northern Ireland, where we continue to proceed as though it were an EU Member State.

In the case of any transactions concerning the United Kingdom, we recommend consulting the specific impacts of Brexit. We will be happy to help you navigate the new situation, so do not hesitate to contact us.