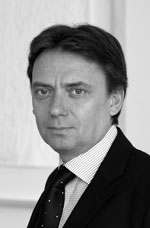 An amendment to the Act No. 90/2012 Coll., on business corporations (hereinafter referred to as the „BCA“) was published in the Collection of Laws in February this year. Introducing numerous significant changes and amendments to business corporations issues, the amendment is referred to as the “Major Amendment“. Along with this act, some related laws were amended, such as the Public Register Act, the Civil Code, etc. Most of the amendments shall come into effect on 1 January 2021.

The amendment shall remove the conflicts between the Czech law and the EU law, terminological inexactitudes that caused certain problems in implementing the laws in practice as well as an excessive regulatory burden on entrepreneurs. At the same time, the BCA Amendment shall improve transparency of organisational structures of limited companies. Last but not least, the amendment will affect numerous “inactive” companies, providing for procedures public administration authorities shall follow when becoming aware of the existence of such an inactive company.

In this context, it should be particularly noted that business corporations are required to bring the provisions of their memoranda or articles of association in line with mandatory provisions of the new version of the act.

Business corporations are obliged to meet most of the new requirements within one year of the amendment coming into effect, i.e. no later than by 1 January 2022, depositing the amended founding documents in the collection of deeds of the competent registration courts.

Where companies fail to do so or do not file an application for entry of facts that were not previously subject to registration in the commercial register by 30 June 2021, or fail to deposit a document that was not previously subject to depositing, the registration court orders the company to fulfil this obligation within a set reasonable additional period of time. If the additional period expires, the court will dissolve the business corporation on the proposal of the registration court or another person who can prove a legal interest in it, ordering liquidation of the company.

Please find below a brief overview of some of the issues affected by the amendment:

Payment of the registered capital of low-capital companies

According to Section 154 of the Act No. 89/2012 Coll., Civil Code (the “Civil Code“), a legal entity may perform the duties as a member of supervisory or statutory bodies of another legal entity. According to the Civil Code, there are two options: either the legal entity that performs such duties authorises a natural person (or persons) to represent it in performing its duties, or it is represented by a member of its statutory body. In practice, it may happen that since there is a chain of legal entities, it is extremely difficult to find out who is actually acting on behalf of these entities.

The current regulation of circular resolutions (decision making outside the general meeting) may represent a relatively costly and cumbersome solution in a situation where the resulting resolution of the general meeting should take the form of a public deed (notarial deed). In such a case, the opinion of each particular shareholder must take the form of a notarial deed as well, which represents significant costs and administrative burden where a company has a greater number of shareholders.

Under the BCA Amendment, it is sufficient that a copy of the notarial deed on the draft resolution is sent out to all shareholders, which eliminates the obligation to draw up notarial deeds on the opinion of each particular shareholder. However, the signature under the opinion must still be certified.

Monistic system of internal structure in a joint stock company

Perhaps the most significant change introduced by the BCA Amendment shall concern the existing monistic management model in a joint stock company, which entailed considerable interpretation difficulties.

The amendment abolished the provisions on statutory directors as elected bodies in monistic joint stock companies.

The amendment made it explicit that the management board shall exercise the competence of the statutory body of a limited company. Thus, its competence as a whole shall entail the entire business management, not only setting and supervising the principal focus of business management, as was previously the case according to the BCA. Under the amendment, the management board shall henceforth manage any normal business activities, particularly decisions on the business operation and related internal affairs of the company.

The management board must have at least three members, except for a single member joint stock company.

Election of supervisory board members by employees

In joint stock companies with dualistic model of management with more than 500 employees, one third of the members of the supervisory board shall be elected by the employees. Only workers with an employment contract, and not workers employed under an agreement to complete a job (in Czech “dohoda o provedení práce”) or an agreement to perform work (in Czech “dohoda o pracovní činnosti”), shall have the right to elect and remove supervisory board members.

The election shall be in line with electoral rules to govern a detailed procedure of the election and removal of employee-elected supervisory board members. Under the BCA Amendment, the board of directors shall draw up electoral rules and discuss their wording, before approving them, with the trade union, where available, or with the works council.

Contrary to the established case law, the amendment specifies that a related parties report for the previous financial year does not have to contain information that is protected or classified under other laws. Where a company draws up a report that contains such information, it should explicitly state that this is an incomplete report, giving reasons for omitting such information.

Data that constitute a trade secret shall be reasonably generalized in a related parties report taking into account the purpose for which the report is prepared; accordingly, the report shall describe acts and transactions performed by the controlled entity that have been affected by specific relationships resulting from the entity’s participation in a group of companies.

The Ministry of Justice also expects that business corporations will in general pay more attention to strict compliance with their legal obligations and deposit their financial statements in the collection of deeds on a regular basis when facing effective sanctions for failure to do so.

In serving the call, the court has to follow the rules for service laid down in the Code of Civil Procedure, i.e. the call shall be primarily delivered to the business corporation’s data box. If the company fails to log in to the data box within ten days, there is no fiction of service as any substitute service of the call is – considering the severity of the consequence – excluded. The court thus has to deliver the call using one of the other methods of service provided for in the Code of Civil Procedure.

Where a business corporation fails to deposit its ordinary or extraordinary financial statements in the collection of deeds, but it is possible to deliver the call, it faces a fine of up to CZK 100,000.

If both of the above conditions are met, the court initiates proceedings to dissolve the business corporation; this fact shall be entered in the commercial register. Entering this fact is to ensure protection of third parties as a business corporation may be dissolved without liquidation at the earliest after one year of the information on the initiation of proceedings being entered in the commercial register.

The “major amendment“ to the BCA introduces further significant changes (such as regarding the conditions for payment of shares in profit and other own resources of companies, new shares related to the right to appoint and remove board members, change in the scope of authority of statutory bodies, new definition of a part of a business, etc.). These major changes to the BCA will affect virtually all legal forms of business corporations. Taking into account the number and importance of the changes for the operation of companies, we will prepare a presentation that will clearly describe and explain the amendments.