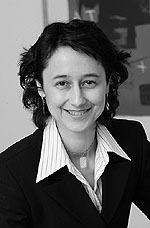 Notification of changes which are currently being prepared – Labour Code

We are writing to let you know about the latest developments in the field of labour law. Given the importance of the changes which are being prepared, we would like to briefly draw your attention to them before their adoption into Czech legislation.

It is expected that Act No. 262/2006 Coll., the Labour Code (hereinafter referred to only as the “Labour Code”) will be amended, the primary intention of this being to ensure transposition of two EU directives. It will also, for example, expand the information obligations of employers. This will have a significant impact on the legal regulation of agreements on work performed outside an employment relationship and will also represent a certain partial extension of the rights of employees who are parents or carers. The deadline for the Czech Republic to transpose the two directives has already passed, namely 1 and 2 August 2022, respectively, so it is expected that the amendment will be adopted in the near future.

The proposed content of the amendment is also, in view of the requirements of legal practice, regulation of remote work and also streamlining delivery of documents in employment relations. The draft amendment, submitted by the Ministry of Labour and Social Affairs of the Czech Republic, is currently undergoing inter-ministerial comment procedure (with the deadline for comments being 11 October 2022).

We would like to mention in general terms selected significant changes which are taken into account in the draft amendment to the Labour Code, from the first directive, namely Directive (EU) 2019/1152 of the European Parliament and of the Council of 20 June 2019 on transparent and predictable working conditions in the European Union (“TPWC Directive”):

The proposed changes are intended to ensure an appropriate level of transparency and predictability as regards the working conditions of employees.

From the second directive, namely Directive (EU) 2019/1158 of the European Parliament and of the Council of 20 June 2019 on work-life balance for parents and carers and repealing Council Directive 2010/18/EU (“WLB Directive”), we have selected the following issues which the draft amendment addresses. This usually concerns only partial, supplementary or clarifying modifications:

In addition to transposition of the above-mentioned directives, the draft amendment to the Labour Code also responds to demands which have arisen in practice.

Remote work (Home Office). Section 317 of the Labour Code, which should now explicitly regulate remote work, could undergo substantial changes. It is proposed that the obligation to conclude a written agreement on remote work be enshrined in the Labour Code in the case of work performed from a location other than the employer’s workplace and that a list of essential elements of such an agreement be determined. It is also proposed that remote work may be ordered in the specified exceptional cases. In relation to the requirements arising from practice, administrative simplification of provision of reimbursements to employees is proposed, by providing that the law regulates the form of reimbursement in a flat rate for a certain range of usual costs; other costs, in particular incidental costs, would continue to be proven by the employee to the employer for the purpose of reimbursement. Other rights and obligations are also regulated (e.g. the employer’s obligation to ensure contact with other employees so that the employee does not feel isolated).

Delivery. Substantial changes are proposed in delivery of documents, in particular the use of delivery via an electronic communications network or service as an effective means of communication also in employment relations.

If you have any queries, please do not hesitate to contact us.